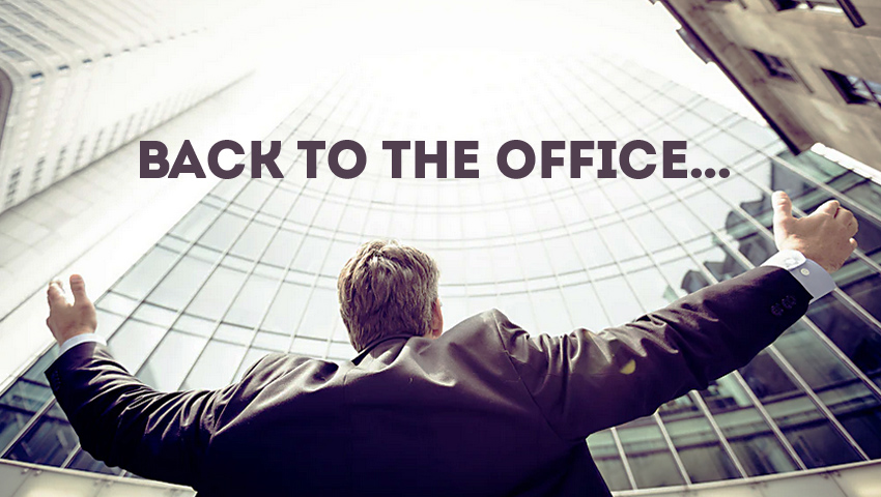 2020 will be a year for the history books. It began with a summer marred by drought and bushfires. From there, the nation plunged into a global pandemic.

At this time last year, we could never have imagined our safety would depend on staying at home, closing state and international borders, shuttering businesses, and keeping children out of school while they logged in to classes by Zoom. But we have done all this, and more; and the nation is now grappling with the consequences of these unprecedented actions.

Victorians have suffered the most, having endured a four-month lockdown in the face of a debilitating second wave of COVID-19.

And there have been other hurdles this year. Escalating trade tensions with China have seen new tariffs placed on Australian products and prompted China to express concerns about the quality of our goods. The chaotic unfolding of the US election also cast a pall in an already-anxious world. The pandemic, drought, and bushfires saw the Australian economy contract 0.3% in 2019-20, ending 28 consecutive years of economic growth.

Thankfully, things are looking a little brighter as the year draws to a close. A vaccine looks likely for 2021. Australia has virtually eliminated COVID-19, and government support programs have kept many businesses afloat. When the outcome of the US election became more certain, stock markets soared – the Dow Jones reached an all-time high, and, at the time of writing, the All Ords is also approaching record levels. In October, the unemployment rate rose to 7.0%, but that was lower than expected and, somewhat surprisingly, job creation was strong.

So, what has this complex backdrop meant for property remuneration in Australia?

Taking their cue from the government’s JobKeeper program, many companies decided keeping staff on was their top priority and they used remuneration policy to limit redundancies. You have told us of pay reviews being deferred from mid-2020 to January–February 2021, pay freezes, and pay reductions, which, in a few cases, are now being paid back.

Others gave modest increases to fixed remuneration as their workbook and profitability allowed. Short-term incentive payments – bonuses – were on the nose, particularly for public companies accessing JobKeeper. Many companies have reported that they cancelled STIs for 2020.

The great superannuation debate has also been raging. In July 2014, when the super guarantee was last increased, nearly half of you – 40% – told us the super contribution increase was absorbed into total fixed pay, effectively reducing take-home pay. We’ll see the outcome of this in the coming months.

You still have time to submit remuneration data to us to be included in the March 2021 Avdiev Property Industry Remuneration Report – but don’t delay! You can download the submission form here. Those who contribute remuneration data will receive a complimentary summary of the survey findings and will be able to purchase the Avdiev Report at a special contributor price.

What do we know about the property sectors in recent times?

The property investment and management sector has seen income and investment values take a hit, but now recovering. Deals are being made, logistics and warehousing in high demand. It’s wait and see for office property.

Property developers have felt the impact of lower prices and fewer sales, in part due to a decline in immigration. However, the extension of the first home loan deposit scheme proved a lifeline. HomeBuilder and Build to Rent concessions have assisted the development and construction sectors. The extension of the HomeBuilder scheme has just been announced and welcomed by the sectors. Many government projects remain underway, with big infrastructure spending continuing.

Real estate agencies are well practiced at riding out economic highs and lows. JobKeeper has helped agencies keep staff on. Alternative lenders are taking the place of risk adverse banks funding property deals. Residential property prices surprised many by remaining relatively firm, and predictions for 2021 have been upbeat.

The retirement living and aged care sector already had its fair share of problems with the royal commission’s uncomfortable findings, but the industry was dealt another king hit by COVID-19 due to the vulnerability of the sector’s residents and clients. Occupancy is down, as are sales leads, and infection control and safety have gained even greater-than-usual importance.

Retail managers have had to contend with falling rent collection and declining values, driving returns lower, however the return to physical shopping is underway. JobKeeper has again been a much-needed bolster, keeping people in jobs and ready to return for a quick reopening.

Architects, planners, project managers and quantity surveyors are keeping busy but are struggling to get work done having let go many of the young workers.

With plans to scale JobKeeper back from early next year, the outlook is uncertain. Will the cutbacks cause Australia to fall off an economic ‘fiscal cliff’, as has so often been predicted this year? We think not.

Economic activity among the states was mixed for 2019-2020. The Northern Territory was the fastest growing state, expanding 5.3% driven by an increase in oil and gas extraction. Western Australia’s gross state product grew 1.4%, reflecting strong mining production. Tasmania’s economy grew 0.3%, driven by growth in the public sector.

South Australia’s economy contracted 1.4%, the largest fall of all states and territories, due to the pandemic measures taken. Queensland and New South Wales’s economies contracted for the first time in recorded history.

Victoria’s economy declined 0.5% and is likely to have suffered further in the second half of the year due to second-wave containment measures. The November budget offered stimulus measures, but only time will tell how effective these policies have been.

One of the biggest shake ups of the pandemic has been the shift to working from home – or ‘WFH’ as we now affectionately call it. Many staff – particularly women, individual workers and the under-30s – aren’t keen to return to the office, while men, managers and older employees are more prepared to go back to their old ways.

The WFH movement has provided a boost for agents in regional centres, but it’s uncertain what it will mean for office space going forward.

With life returning to some semblance of normal now after a turbulent year, we hope the holiday season provides an opportunity to recharge. I suspect we will all be holding loved ones a little closer this year.

Wishing you a safe and happy Christmas as we look forward to what 2021 will bring.

PrevPreviousWork and pay: the new normal
NextMarch 2021 Update
Looking to the future with cautious optimismNext